The three themes of the conference 1) Coding strategies, 2) Dependencies across subsystems and 3) Place-marking systems as parts of ecological and cultural niches can be addressed with questions such as the following: 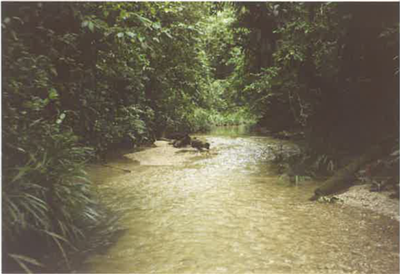 Place and direction information can be expressed with dedicated spatial morphemes (such as up, west), but it can also be fused with other meanings in portmanteau morphemes (e.g. come/go). Spatial information has been found to fuse with e.g. movement, placement and carrying events (Tacanan, Colonial Otomí, Kalasha). Both fusions in roots and in affixes are interesting because they suggest a recurring usefulness of providing spatial information when communicating about specific other themes, supposedly motivating their development diachronically.

Spatial meanings could be fused with e.g.:

When locatives are expressed with full NPs, languages often treat them as optional adjuncts, thus giving them peripheral status in the sentence. However, some languages have systematic strategies for coding source, goal and location as core arguments, tying spatial information closer to the predicate (Dimmendaal 2003). 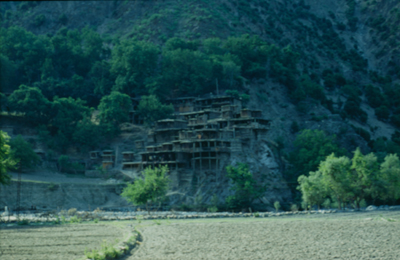 Within single languages, different parts of the grammar and lexicon are responsible for expressing locational and directional meanings, e.g. nominal and verbal morphology (locative case marking, spatial conjugations), spatial adpositions, relational nouns, adverbs, landscape terms, house terms and toponyms. Further, these subsystems provide different types of spatial information, e.g. targeting spatial meanings in different scale (from microscale relations such as table-top scenarios over in-house location and in-village location to macroscale relations on a geographic level) and with or without referential anchors (topological relations vs. relations in need of a Frame of Reference (FoR)). Many of these subsystems have been examined in detail on their own, but interdependencies between them have not received the same amount of attention (but see e.g. Brown (2008) on Tzeltal, O’Meara & Pérez Báez (2011) on relationships between FoRs and meronymy in Mesoamerican languages and Levinson & Burenhult (2009) on lexical cross-domain semplates). On the one hand, spatial subsystems could divide the communicative labour among themselves and supplement or even exclude each other while on the other, they could reinforce each other, supporting similar categorization patterns across domains or scales (e.g. employing the same structuring semplate). 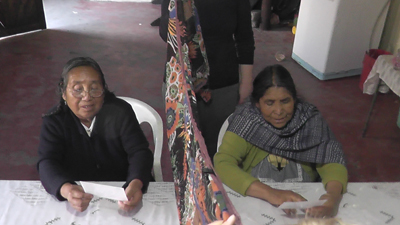 Place-marking systems as parts of ecological and cultural niches

When grammars require speakers to attend to place and direction distinctions for communicative purposes, this attention can be routinized and used for other cognitive tasks. There is a rich experimental tradition of examining cognitive correlates for different linguistic FoRs (Levinson et al. 2002, Pederson et al. 1998) and for different topological relation markers (Bowerman & Choi 2003), but for other spatial subsystems, such as verb conjugation, nominal case marking or landscape terminology, we know less about potential co-variation of language and general cognition. 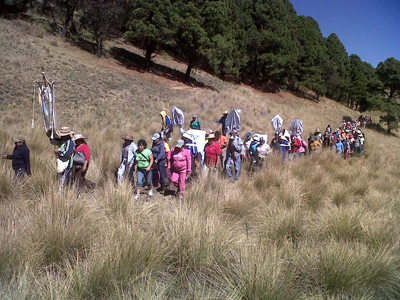 Finally, if linguistic place-marking systems require and support habitual attention to the physical surroundings in speech communities engaging with their ecological niche in culture-specific ways, such linguistic systems may be more vulnerable than other parts of the grammar in language endangerment contexts. With industrialization and globalization, many speech communities are less immediately dependent on the surrounding landscape, and traditional travel customs, routes and speed may have been supplanted (e.g. from walking on small paths or sailing in canoes to driving on roads). This can make communication about location and movement in a salient landscape less immediately useful, and in language contact situations strategies for expressing these meanings could be expected to undergo reinterpretation, simplification or loss. A different type of severance of the links between a speech community and its environment occurs when whole communities migrate or are moved forcibly to different territories. In these cases, too, place-marking systems could be especially at risk, though they could also be adapted to the speech community’s new surroundings. 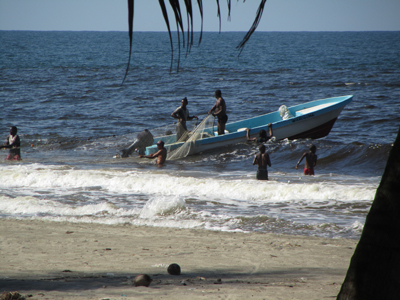 Brown, P. Up, down, and across the land: landscape terms, place names, and spatial language in Tzeltal. Language Sciences 30: 151-181 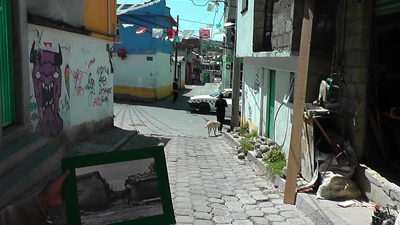