The 5th Variation and Language Processing Conference (VALP5) will be held at University of Copenhagen from 25-27 August 2021, after successful previous conferences in the UK, New Zealand, the United States and Australia. 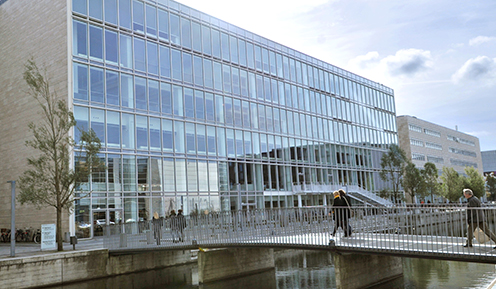 This conference provides a venue for researchers coming from traditionally distinct fields, such as sociolinguistics, psycholinguistics, cognitive science, experimental phonetics, syntax and pragmatics, who work on the relationship between linguistic variation, in its widest sense, and language processing. A main theme of this year’s conference will be the processing of linguistic and indexical variation by bi- and multilingual individuals, and we encourage submissions both within and beyond this theme.

Where do we keep indexical meaning?

Linguistic features at all levels of structure can be used to match, highlight, and shape aspects of the speech context, a semiotic system we call indexicality or indexical meaning (Silverstein 1977, 2003). While somewhat understood at the interactional and cultural levels, indexical meaning is poorly understood at the cognitive level. The most widespread cognitive model of sociolinguistic processing is the sociolinguistic monitor (Labov 1993), which I argue in Campbell-Kibler (2016) is insufficient to capture the patterns of sociolinguistic behavior we witness across different aspects of language and social processing.

In this talk I argue that a model of sociolinguistic behavior and, more specifically, of indexical meaning, must be grounded in realistic models of both language and social cognition. I argue that while sociolinguistic systems of meaning-making are powerful and self-reinforcing at the larger levels (see for example Irvine & Gal's (2000) semiotic processes of language ideology), the evidence suggests that at the cognitive level they are distributed across multiple types of processing, each of which develops and accesses its own indexical links between linguistic and social constructs. I suggest that closer attention to research on memory systems will yield more effective models of sociolinguistic processing and, in turn, improve our understanding of concepts like social meaning, salience, and language attitudes.

Multimodal convergence in multilingual language use

Studies of speakers who learn, know, and use more than one language invariably show that languages do not exist in isolation but rather interact, affect, and change each other. In this talk I will discuss a particular case of such interaction, namely convergence, where two languages in contact in an individual mind change to become more similar to each other than their monolingual versions. Convergence has traditionally been dealt with only in speech and only in longstanding functional bilinguals, but I will illustrate that convergence is bimodal, looking at changes in speech, gesture, and sign language, and that it is not only found in functional bilingualism, but also in second language situations. I discuss the theoretical and methodological implications of such multimodal convergence for our models of language use and processing.

Variations on a Theme in the Neural Infrastructure for Language

Undeniably members of the species homo sapiens produce and understand speech, and many of them are able to read and write. They do this in very different varieties.  The sound repertoires of the more than 7000 languages that are still around today vary widely, as do their grammatical structures, and the meanings that their lexical items code for. For instance, some languages have a sound repertoire of only a dozen phonemes, whereas others have more than a hundred; some languages have a very elaborate system of morphological markers, whereas others are very limited in their morphological inventory; some languages make semantic distinctions in one domain, others in another domain. Further, sign languages are expressed by movements of hands and face, whereas spoken languages are expressed by movements of the vocal tract. In addition to the variability in the world's languages, there is individual variation in language skills within the population of any given language community. Some people command only a limited vocabulary and simple sentence structures, whereas others are polyglots speaking multiple languages fluently, or can do simultaneous translation between languages.

Undeniably the human brain provides the neurobiological infrastructure for our human language skills. This infrastructure requires the contribution of multiple neural networks, some more specialized for language than others. In addition, there is substantial neural plasticity that enables the accomodation of language variation and individual variation in language skills. I will provide examples from a tone language and language cortex in the congenitally blind. This variation is, however, not unbounded. Certain basic neural motifs can be identified. These motifs are determined by the connectomic organization of the brain. I will discuss some recent insights into the variations on a theme in the neural infrastructure for language.

Vegetarian (or vegan). The dinner costs 475 Danish kroner (approximately 64 Euro/75 US $/55 £) for a three-course dinner with two beverages at the waterfront restaurant Kayak Bar.

Please register by filling in the registration form.

In case we need to move all of VALP5 online because of covid-19, we will refund registration fees for those who have prepaid for attendance on site.

Getting to the conference venue

The conference takes place on South Campus of the University of Copenhagen, which is located on Amager (island). The campus is quite new and modern situated with easy access to public transport .

The nearest metro stop to the conference venue is Islands Brygge on the M1 line (green line). You need to take the metro towards Vestamager from the City. There are several busses that stop next to or close by the conference venue. Look for bus lines 33 and 5C if you are traveling from Copenhagen city center. More information on conference Google Map

The metro is a quick way to reach the city (~15min).
Depending on the location of your hotel, you may choose to go by train or Metro to/from the airport. For more information on transport to and from the airport, we suggest you visit the Metro website.
More about tickets and fares for public transport below.

Taxi from the Copenhagen airport to the city centre is about 300kr, roughly 40EUR.

Traveling from the central train station in Copenhagen

The central station is situated in the city center. From here you can take the metro line M3 to Kongens Nytorv and change to line M1 (direction Vest Amager) to Islands Brygge near the conference venue. You can also take bus line 5C (C busses are yellow articulated busses marked with a blue corner) from the stop at Amager Blvd./ Amager Fælledvej it is a short walk to the conference venue.

There are of course also taxis available, but this is a rather expensive means of transportation in Copenhagen.
Calculate your expected fare and find link to smartphone app on taxa.dk.

If you want to feel like a Dane, you may want to rent a bicycle; most hotels would have that option. It takes about 15-30 minutes to cycle anywhere in the central area.

We recommend the following hotels, which are easy to reach by metro from the conference venue and from Copenhagen Airport:

Hotel Kong Arthur is situated a 7 minute walk from Nørreport Metro Station with direct access to the Airport and to the conference venue. The hotel is secluded in the back of a cobblestoned alley across the street from the inner lakes of Copenhagen.

Ibsens Hotel is located a 5 minute walk from Nørreport Metro Station with direct access to the airport and to the conference venue. The hotel is in the charming Nansensgade area.

CABINN City and CABINN Copenhagen are two low price hotels situated close to the Central Station. They are a 30 min. walk from the conference venue.

Wakeup Copenhagen is a low price hotel situated close to the Central Station and a 30 min. walk to the conference venue.

Danhostel Copenhagen City is a large hostel situated close to the Central Station and a 20 min. walk from the conference venue.

We plan to host the conference at University of Copenhagen with a mix of physical and virtual participation.

According to estimations by the Danish Health Authority, the entire adult Danish population is now expected to be vaccinated by the end of August 2021, i.e. at the same time as the conference. You can stay updated at this official Corona - Covid19 page.

We will of course continue to follow official guidelines on social distancing, hand hygiene and staying home when ill.

In case of continued travel restrictions for international participants, it will be possible to attend the conference virtually.

View map of the Faculty of Humanities - South Campus.

View map of all UCPH campuses.