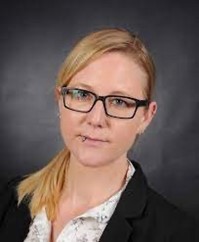 Over the last decades, studies have successfully demonstrated the ability and feasibility of transcranial electrical stimulation to affect sensory perception and cognition. The application of weak alternating currents, i.e. transcranial alternating current stimulation (tACS) in the lower-gamma range has been shown to modulate the perception of time-critical features in the acoustic stream, such as phonemic contrasts.

This talk will consider recent advances in our understanding of the benefits yielded by tACS in basic research as well as it’s applicability to cohorts with developmental dyslexia.

Dr Rufener received her PhD from the University of Zurich in 2014 and has since worked at the same institution in the Institute for Phonetics and Phonology, and the Lab of Neuroplasticity and Learning in the Normal Aging Brain. Her current position is at the Department of Neurology, Otto- von-Guericke University Magdeburg, where she investigates the potential of tACS as a supplement to behavioural interventions in children and adolescents diagnosed with developmental dyslexia.

View on map of the Faculty of Humanities - South Campus.

View map of all campuses at University of Copenhagen.