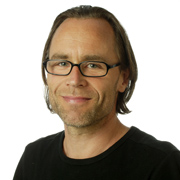 Verbal language and talk in interaction in various settings. Cases in point are job interviews, appraisal interviews, and advicing in Danish elementary schools. Gender and language is another field of interest.

The LaPUR project (Language and Place Linguistic Variation in Urban and Rural Denmark) investigateslanguage variation in two distinct areas in Denmark, and how adolescents use local language for expressing a local identity and attachment to the local place. The cases in point are a multiethnic suburban neighborhood and a mono-ethnic rural village in Southern Jutland, both of which are areas with a strong sense of local history and identity as well as very diverce linguistic resources amongst others in terms of local dialects and urban multilingual speech styles. The project focusses on the language of 9th graders in two elementary schools.

The Dialect in the Periphery project investigates use of dialect in three peripheral places in Denmark: Hirtshals in Northern Jutland, an area in Southern Jutland close to the German Border, and Bornholm, an island placed close to Sweden at a considerable distance from the Danish mainland. Use of Dialect versus regional standard language has turned out to be very different in the three places. Adolescents’ language is the main interest, but parents’ and grand parents’ language is investigate too, in order to describe the gradual standardization of language across generations.

The projects are funded by The Danish Council for Independent Research and The Velux Foundation respectively.