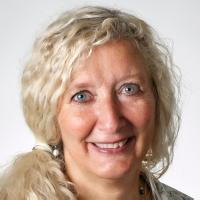 Education: Masters degree in Spanish and Computational Linguistics at University of Copenhagen.

Since 1997 employed at Center for Sprogteknologi, University of Copenhagen, as a research associate.

2021 -> Part of the project the Central Word Register for Danish, COR, about building a joint Danish language resource for AI purposes.

2020-> Part of the EU project Federated TermBank, a continuation of eTTB that will build termbanks as satelites in each country, all synchronized with the central termbank Eurotermbank. Thus shared terminology will be updated locally as well as centrally.

2018-> Part of the DanNet2 project, about upgrading and expanding DanNet focussing on adjectives from the Danish Thesaurus. Furthermore larger part of DanNet will be linked to Princeton WordNet and a sentiment lexicon will be developed also based on the thesaurus.

2018 -> Part of the ELEXIS project that fosters cooperation and knowledge exchange between lexicographic communities within EU and to make lexicographic data available for language technology.

2016-17 Part of a collaborational project with The Society for Danish Language and Literature with the aim of developing a lemmatiser and a pos tagger for 19th century Danish.

From 2011 - 2013 participating in the EU project META-NORD mainly working with data collection and specification of subject domains.

From 2010 participating in the EU project LetsMT!

From 2008 till 2010 responsible for the work package 2.2 in the DK-CLARIN project, with the aim of compiling a 11 m. sub-corpus of language for special purposes. The corpus will be PoS-tagged and annotated with term status information.
Participated in the DAD project (2007-2009, funded by FKK) dealing with annotation of abstract anaphors and their references in written and spoken corpora.
From 2004 and ongoing validator of various lexicon and corpus projects, e.g. the EuroWordnet for ELRA and the national Dutch corpus. Supervisor for validators for all kinds of languages.
Participated in the SIMPLE-DK project in 2000 working with ontologically structured vocabularies.
From 1997-2004 mainly working at the computational lexicon project STO where the principal research and working areas have been the administration of the domain specific text corpora and the selection of the vocabularies from these, the treatment of multiword concepts along with the syntactic structuring of the vocabulary. Still doing updates and giving courses on STO.

Former chair of the society of Lecicographers in Denmark