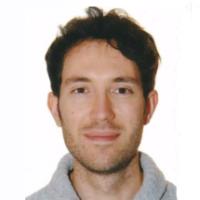 Lorenzo Cigana (Bressanone [Bolzano, Italy] 1984) is chargé de recherches FNRS (postdoc) at the University of Liège (Belgium). He is carrying out a project on Louis Hjelmslev’s glossematic model with special reference to Hjelmslev’s own archives at Copenhagen’s Royal Library. Since his master’s degree, his research has been focused on European structuralism and on epistemology of language sciences (linguistics, semiotics and philosophy of language). In 2014 he obtained the double PhD degree in Studi umanistici (Italy) and in Langues et Lettres (Belgium) by discussing a thesis on the glossematic notion of “participative oppositions”. Currently, he is guest researcher at the Institut for Nordiske Studier og Sprogvidenskab (University of Copenhagen).