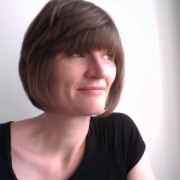 I am a historical linguist; my primary areas of research are Old Indic, Latin and the Romance languages.

Whenever I am not, as at the present time, occupied with research into prehistoric family structures, my focus is on linguistic morphology, escpecially on nominal word formation.

I have dealt in depth with the rules and principles behind the formation of compound words, in old and modern Indo-Eruopean languages. I am also very interested in the interplay between sound change and analogy that determines how declensional paradigms evolve and are maintained thoughrout a language's history.

Individual, kin and family in prehistoric Europe – what words can tell

This project is funded by the Velux Foundation. It deals with family structures in pre-historic times, more specifically among the Indo-Europeans, believed to have occupied the steppes to the north of the Black Sea around 6,000-3,500 years BCE.

I work on two specific areas within the project. Firstly, I aim to establish a hypothesis about the very closest family relations: who an individual could or even should marry, and what sort of marriage was deemed illicit. This can be done by studying the veray earliest written sources left by the descendants of the Indo-Europeans: the Romans, Greeks, Celts, Germanic peoples etc., and learn what they can tell us about such issues as the legality of marriage between cousins or closer relatives, about ownershp and inheritance within the family, and about what a family is in the first place.

My second area of investigation concerns Latin kinship terminology. Together with three project colleages colleagues I am working on the establishment of a database of kinship terminology from a range of Indo-European languages, which will help us investigate the question from the perspective of historical linguistics.

One of many side-projects is a survey of approximately 80 Proto-Indo-European unsuffixed nouns (‘root nouns’), reconstructed on the basis of material from all branches of the family. The project matches root structure and declensional properties, which leads to surprising new results, expecially when compared to the traditional doctrine in the field which has remained largely the same for about forty years.

Traditionally it has been suggested that vowel quality in such nouns was determined by semantics: *wokʷ- ‘voice’ for instance contains /o/ which would be indicative of passive/resultative semantics. This means that ‘voice’ was designated as "that which is spoken". This theory is still influential for the way we analyze other types of paradigms. My research, however, indicates that the choice of vowel was determined by phonological factors. In the case of *wokʷ-, it was the presence of two rounded consonants that triggered the rounded vowel /o/. I therefore belive that we must rethink the role of vowel quality in Indo-European morphology.

The intellectual history of Indo-European studies

In recent years, Indo-European studies at the University of Copenhagen has turned its focus to the history of the actual speakers of the Indo-European proto-language: who they were, and where they came from. This topic has been subject of taboo ever since the Nazis' fateful idolization of the ‘aryan race’ - until then, a common term for the Indo-Europeans. Now that we have taken up this research again, it has become highly relevant to compare our analysis to that of Nazi ideology. If not, we risk becoming victims of misguided political ćorrectness or, worse, of being exploited by neoracists movements.

This is why I have started researching, and lecturing, this topic.