In connection with the project Infrastrukturalisme funded by the Carlsberg Foundatiowe take pleasure in announcing the following three recently published works all of which may be of interest to researchers who want to know about the Danish version of linguistic structuralism. 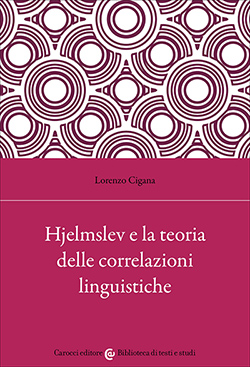 Lorenzo Cigana, Hjelmslev e la teoria delle correlazioni linguistiche (Carocci, 2022), in Italian with a detailed summary in English, deals with the glossematic theory of “participation”, developed as the Copenhagen version of Prague markedness theory but aims to identify and describe the general laws of formation of linguistic categories. The vast theoretical and terminological apparatus is reconstructed in its evolution through three phases and thanks to the perusal of both published and unpublished documents issued from Hjelmslev’s archives at the Royal Library and now at public disposal for online consultation by researchers at glossematics.dk. 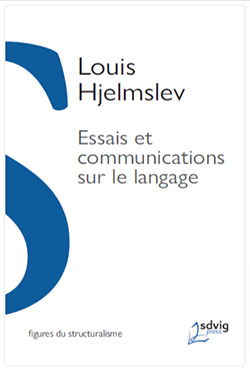 Louis Hjelmslev, Essais et communications sur le langage (sdvig.press, 2022) ed. by Lorenzo Cigana, is a critical anthology edited by Lorenzo Cigana in French, that collects and makes available to the French-speaking community a series of published essays and grey literature that was previously of difficult accessibility due to language or hard-to-find publication venues. It is thought of as a complement to the authoritative series of Essais published in the hey-days in the Travaux du Cercle Linguistique de Copenhague (both of which are available at the website of glossematics.dk). 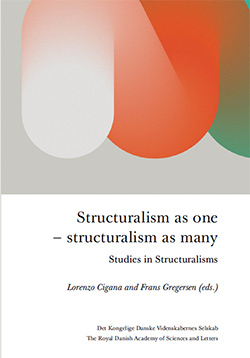 Frans Gregersen & Lorenzo Cigana (eds), Structuralism as one – structuralism as many. Studies in structuralisms (Det Kongelige Danske Videnskabelige Selskab, 2023) is a collective volume that federates the research conducted internationally on structuralism in many of its forms, from anthropology, philosophy, to language sciences, semiotics and linguistics. Originally formulated as a conference in 2020, it is now presented as an authoritative milestone in the reception and the rediscovery of an ongoing scholarship.