The collection in its entirety consists of approximately 3000 manuscript items, of which 1400 are in Copenhagen.

The collection is named after its founder, the Icelandic philologist and historian Árni Magnússon (Latinised as Arnas Magnæus, in Danish Arne Magnusson). Shortly before his death in 1730 he bequeathed his collection of manuscripts and printed books as well as his fortune to the University of Copenhagen, where he was professor of Danish antiquities.

The collection is now divided between Iceland and Denmark. In July 2009 it was added to UNESCO’s Memory of the World Register. 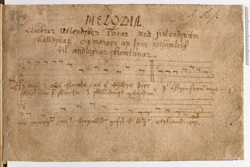 After Árni Magnússon’s death the collection has been expanded with smaller supplementary collections.

Chief among these are the collections belonging to the Danish linguist Rasmus Rask and the Icelandic chief justice Magnús Stephensen respectively. Among the supplementary collections is also a large collection of accessoria, i.e. manuscripts which have been acquired through purchases and gifts.

In addition to the manuscript collection there is also a collection of diplomas both originals and apographs (first-hand copies).

The Danish collection was expanded with 457 diplomas from the Ravnholt estate in Funen, the earliest of which date back to the early 15th century.

On manuscript.ku.dk you can read about the production, use, and conservation of manuscripts. The website is a resource for anyone interested in the medieval books and texts.

Anne Mette Hansen is head of the Arnamagnæan Institute.

Access to the manuscript collection is subject to appointment. Please e-mail the Arnamagnæan Institute and state which manuscripts you require and on which date you would like to view then. Please note that the collection is divided between Denmark and Iceland. You can see a list of the manuscripts in Copenhagen here (on the Danish site)

Should you require photographs of the manuscripts, please contact our Photographic atelier.